What You Need to Know About Google’s New Enforcement System

What You Need to Know About Google’s New Enforcement System

Everybody watch out the Google police are about! 👮‍♀️

The time has come, and Google has finally acted on their newly planned ‘strike’ based system which was announced back in late July to give us advertisers a chance to amend any wrongdoings (if you have no idea what I’m on about then please click here to see the full announcement for yourself).

It’s hard to believe that the time has gone so quick, but here we are and Google’s initial announcement has now become a legitimate enforcement system which came into effect on Tuesday 21st September. This was done for the sole reason of stopping those naughty advertisers from repeatedly violating against their policies. 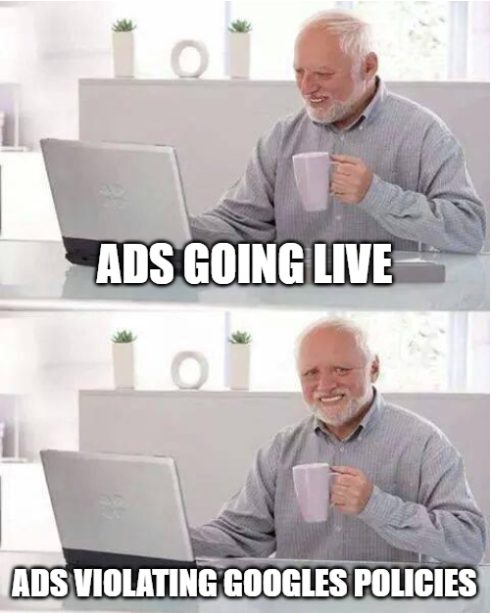 So I guess you’re thinking what policies does this apply to right? Well good question. The lovely people at Google have been kind enough to display a list of policies that this will apply to and have even mentioned their plans to extend this strike-based system to additional policies over time (as well as having a gradual ramp up over a period of 3 months for the policies already announced). Please see my easy to read list below (I hope I don’t have to update this too much!):

It might also be worth noting that this update does not apply to Googles Ads egregious policy violation, as there will be an immediate suspension instead (the red card of football if you will). The following policies to receive this ‘red card’ are:

The people at Google have decided the best way to stop these repeated violations is to implement a new strike-based system where advertisers will receive a warning followed by up to 3 strikes if the violations continue. These warnings/strikes will also be accompanied by an email/in-account notification which will show us advertisers where we’ve inevitably gone wrong and how we can fix the issue.

What’s more, the penalties for the strikes themselves will differ as strikes 1 & 2 will result in your account being temporarily put on hold, whereas strike number 3 will result in a full account suspension (strike 3, you’re out!). 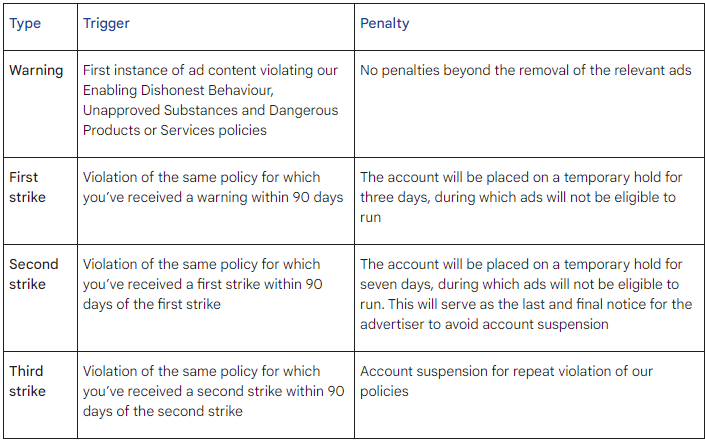 However, Google also offers a solution, so you can re-activate your account quickly and go back to being the busy advertiser you are. For strikes 1 & 2, you will be required to remedy your mistakes and submit an acknowledgement form for your account to be released in either 3 days at strike 1, or 7 days at strike 2. If no action is taken the Google Ads account will remain on temporary hold and the strike will remain on the account for 90 days unless successfully appealed.

Strike 3 on the other hand is a little more severe, as Google states ‘you will not be able to run any ads or create any new content unless the suspension is successfully appealed’ (ouch).

But My Ads Aren’t in Violation, How Do I Get My Ads Back Up and Running Without Making Changes?

Yes that’s a good question, as I’m sure this has happened to all of us at least once in our career. If you’re feeling brave enough to take on the guardians of Google then you can issue an appeal to justify why you believe your ads aren’t in error (as mentioned before, this is compulsory for strike 3).

To do this you’ll need to hover your mouse over the status of the ad (it should say disapproved) which will then give you the option to either edit the ad or appeal the ad. When you click appeal you will be able to choose between two reasons to appeal the ad, as well as being able to appeal for the ad group, campaign, or whole account (as shown by the image below). 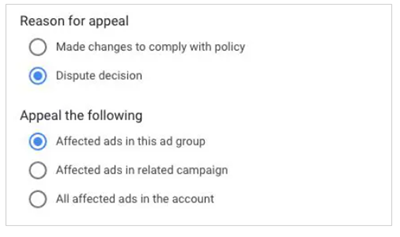 So there we have it, the newest set of rules to keep us on our toes (whoop!). Hopefully this blog has given a bit more of an insight into Googles new enforcement system and how to overcome the tricky hurdles that might come your way.

Let us know below what you think of the new strike policy! 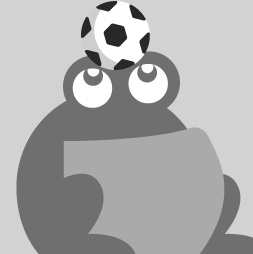 John Mellett
John is a PPC Consultant at Screaming Frog, and studied Marketing at Bournemouth University, so most of his time was a balance between studying, clubbing, or going for runs on the beach! He’s massively into football and supports Man Utd, likes listening to bands such as the Arctic Monkeys and Oasis (he’s a bit of an ‘indie’ music fan).