Google Chrome, Mozilla Firefox and Microsoft Edge are rapidly closing in on a big milestone: version 100. While this sounds like a cause for celebration, it could result in endless headaches for a small number of websites, due to the bugs and compatibility issues that come with a triple-digit user agent string.

Read on to find out why people are anticipating something akin to the Y2k bug all over again.

What Is a User-Agent?

To briefly summarise, a browser’s user-agent is a string (line of text) that helps identify which browser is being used, what version it is and what operating system is being used. It’s sent by the browser to the server through a HTTP header, and can be used for things like serving a mobile version of a site if the request is coming from a smartphone.

To give you an example, the current user-agents for Chrome, Firefox and Edge are:

Why Might Version 100 of Chrome, Firefox and Edge Break Websites?

The major concern with version 100 is due to the fact that the version number will be moving from two-digit to three-digit. The web uses various ways of handling and parsing user-agent strings, and similar issues were experienced when browser versions moved from single-digit to double-digit a little over 12 years ago.

“Without a single specification to follow, different browsers have different formats for the User-Agent string, and site-specific User-Agent parsing. It’s possible that some parsing libraries may have hard-coded assumptions or bugs that don’t take into account three-digit major version numbers. Many libraries improved the parsing logic when browsers moved to two-digit version numbers, so hitting the three-digit milestone is expected to cause fewer problems. Mike Taylor, an engineer on the Chrome team, has done a survey of common UA parsing libraries which didn’t uncover any issues. Running Chrome experiments in the field has surfaced some issues, which are being worked on.”

When Are Version 100 of Chrome, Firefox and Edge Releasing?

Version 100 of the browsers are set to release on the following dates:

They do however go through experimental and beta versions before they are rolled out on the stable channel, so these dates may change.

What Websites are Impacted?

It’s anticipated that only a very small number of websites are impacted, but the list of broken websites is growing each day. Notable names include Mirror.co.uk, Screwfix.com and Bethesda.net.

Out of interest, we bulk crawled over 3,000 domains from the Majestic Million, and didn’t find any other instances of broken websites.

The sites that aren’t compatible returned ‘403 Forbidden’ response codes, which would result in users receiving a error page when using version 100 of Firefox, Chrome or Edge. However, some websites may redirect users to an ‘unsupported browser’ page, so be sure to check redirecting URLs and their destination too.

For example, Standard Chartered’s Indian site is currently redirecting to an unsupported browser page advising users to upgrade their browser.

Further to this, Googlebot also regularly updates it’s user-agent string to match the latest stable version of Chrome. This means that if version 100 is resulting in your site returning a 403 Forbidden response code and Googlebot update, you could experience crawling and indexing issues.

While it is a small number of websites in the grand scheme of things, you definitely don’t want to be one of them.

If you’re wanting to check websites at scale, for example a list of your clients, the Screaming Frog SEO Spider can check these in seconds.

To do so you’ll first want to set a custom user-agent by going to Configuration > User-Agent > Custom (dropdown). The user-agents you can use to simulate version 100 are:

Once the user-agent has been set, switch to list mode (Mode > List) and you upload sites in bulk from a file or by pasting them in.

You’ll want to try all the user-agents to be sure, as at the moment some websites may load fine with Chrome v100, but not Firefox v100 and vice versa.

A domain returning a 403 Forbidden response code is a cause for concern, as it could mean it’s not compatible version 100 of Firefox, Chrome and Edge. Double check this using the browser themselves (information on how in the next section), as it could just be some kind of protection blocking the Spider Tool, such as Cloudflare.

As mentioned previously, be sure to thoroughly check any domains that are 30X redirecting, as some websites will redirect users to an unsupported or out of date browser warning page. To follow redirects in list mode, use the ‘Always Follow Redirects’ option under ‘Config > Spider > Advanced’.

If you just need to check a small number of websites, you don’t need to use the SEO Spider. Both Firefox and Chrome allow you to report the major version as 100:

For Chrome:
Go to chrome://flags/#force-major-version-to-100
Set the dropdown to ‘Enabled’

For Firefox:
Download and install Firefox Nightly
Open the settings and search for ‘Firefox 100’, and then enable ‘Firefox 100 User-Agent String’

We highly recommend spending some time checking both your own and your client’s websites, to ensure they wont be impacted by the imminent arrival of version 100 of major browsers. The aforementioned Github page has lots more information on the nitty gritty behind this issue, and allows you to also flag websites that are experiencing problems.

Big shout out to John Mueller for getting this on our radar! 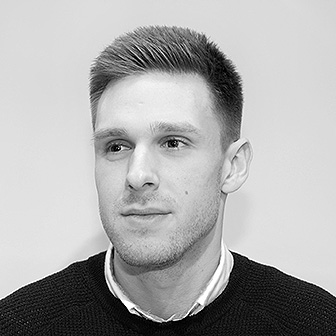