It’s a year ago today that we released the SEO spider, so we thought we should celebrate a little! Check out @matthopson‘s birthday cake skillz below – 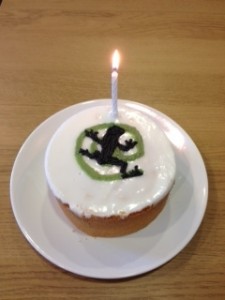 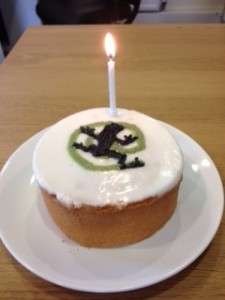 The last 12-months have been fantastic, both in terms of development of the SEO spider but also our growth as a search marketing agency. The tool itself feels much older to us (probably because we had it in development and used it internally before releasing it publically), but it has come a long way in a fairly short period of time. We have had 8 new versions of the SEO spider in the last 12-months, each with new updates and features as well as releasing a Mac version.

The success of the tool would not of been possible without the support of the SEO community. We have been completely overawed with how it has been received and the feedback the SEO community has provided. I have been genuinely humbled by the continued support of many of those in the industry who have helped us develop it further. You guys rock.

We have even bigger plans for the tool (as well as other projects in the pipeline) for the following 12-months, so there is a lot more to come.