Posted 10 November, 2014 by screamingfrog in News

Matt Hopson and I felt pretty relaxed drinking red wine while chatting and watching everyone put on their best ‘DiCaprio face’ for various UK Search Awards on Thursday evening at the Troxy in London.

The team and I hadn’t entered Screaming Frog for a Search Award this year, but had been lucky enough to be offered a couple of tickets from Judith Lewis to tag along, which was most excellent.

https://twitter.com/screamingfrog/status/530458866082123776
We had entered the first ever UK Search Awards back in 2010 for ‘best SEO software’ and really enjoyed the event (the awesome Majestic deservedly won the category that year). That was actually the last time I drank red wine… 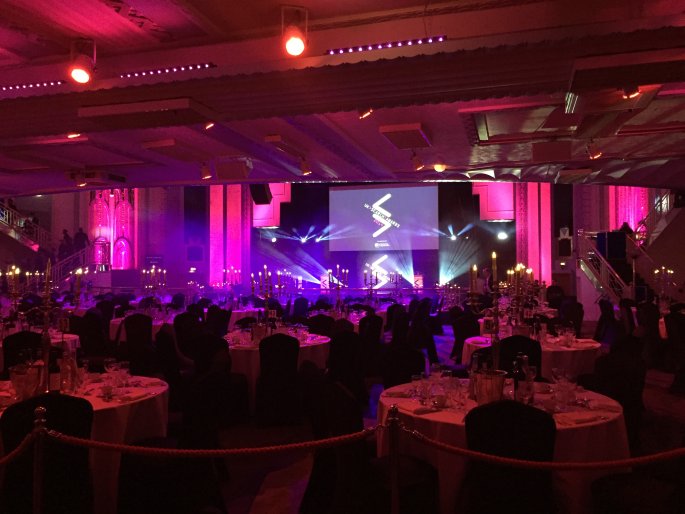 Since then, there had always been something that stopped us entering Screaming Frog, partly because we don’t really do anything overly promotional as a company. Some of you may know, we don’t have any salesmen (on the agency or software side of the business), we don’t chase up influential SEO’s to try our software and the closest thing we have done to advertising ourselves is sponsoring the beer mats at BrightonSEO.

You have to nominate yourself and we always feel a bit uneasy doing that for anything. I actually tweeted some of my thoughts on search awards back in October, where I said it would be nice to have a public community voting aspect (without really considering the logistics of how that might work!) –

So it was a complete shock when my very relaxed state was ended abruptly by Kelvin Newman announcing my name for UK Search Award for search personality of the year 2014. 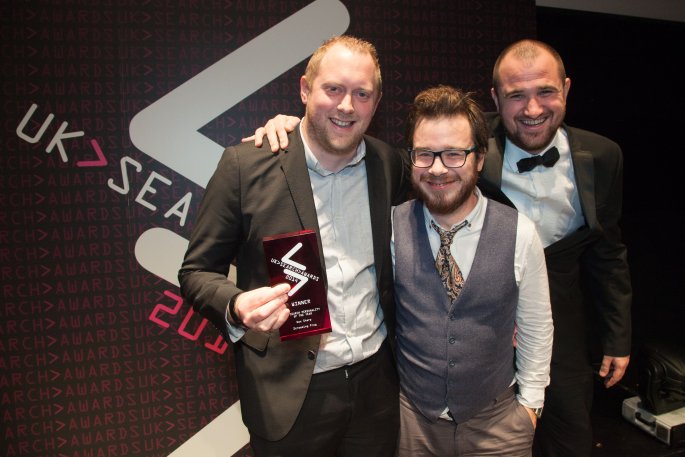 I am sure that I am not the only one who was surprised that I received the award, and I was immediately reminded that the name of the award wasn’t really appropriate for me –

https://twitter.com/screamingfrog/status/530498035504386050
If you attended the event, you may have heard me mumble something like ‘so that’s why Judith had a spare ticket’ into the microphone, before exiting the stage as quickly as possible.

So it’s a massive honour and a very cool feeling to be recognised in such a way by an industry that I’ve been a part of for the last decade. Most importantly, the award isn’t really for me alone, it’s down to the talented team we have here at Screaming Frog and support from the SEO community who have been fundamental in our roadmap for the Screaming Frog SEO Spider from the beginning. So a big thank you to the team here and everyone in the search community as well.

Thanks to everyone who said kind things on the night, Rishi who I heard may have put us forward originally for consideration and Judith for inviting us along, so sneakily.

I’m proud of some of our achievements so far, but I am way more excited about what we have in development for next year. So expect some big announcements from us soon. For now, back to work!