This update includes a new way of analysing a crawl, additional sitemap features and insecure content reporting, which will help with all those HTTPS migrations! As always thanks to everyone for their continued support, feedback and suggestions for the tool.

So, let’s get straight to it. The new features in version 3.0 of the tool include the following –

You can now switch from the usual ‘list view’ of a crawl, to a more traditional directory ‘tree view’ format, while still mantaining the granular detail of each URL crawled you see in the standard list view.

This additional view will hopefully help provide an alternative perspective when analysing a website’s architecture.

The SEO Spider doesn’t crawl this way natively, so switching to ‘tree view’ from ‘list view’ will take a little time to build, & you may see a progress bar on larger crawls for instance. This has been requested as a feature for quite sometime, so thanks to all for their feedback.

We have introduced a ‘protocol’ tab, to allow you to easily filter and analyse by secure and non secure URLs at a glance (as well as other protocols potentially in the future). As an extension to this, there’s also a new ‘insecure content’ report which will show any HTTPS URLs which have insecure elements on them. It’s very easy to miss some insecure content, which often only get picked up on go live in a browser.

So if you’re working on HTTP to HTTPS migrations, this should be particularly useful. This report will identify any secure pages, which link out to insecure content, such as internal HTTP links, images, JS, CSS, external CDN’s, social profiles etc.

Please note, this report will only pick up on items we crawl, rather than everything rendered in a browser.

You can now add images to your XML sitemap or create an image sitemap file. 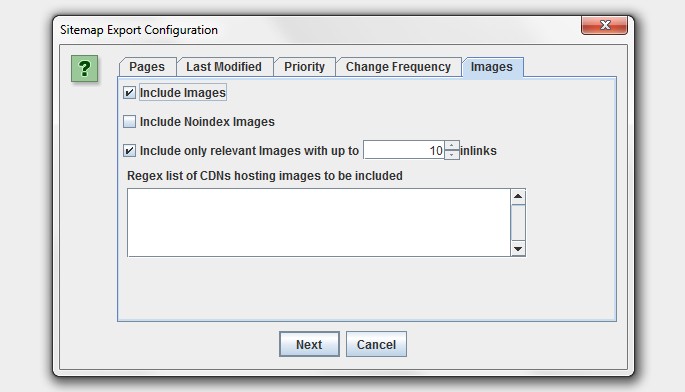 Typically you don’t want to include images like logos in an image sitemap, so you can also choose to only include images with a certain number of source attribute references. To help with this, we have introduced a new column in the ‘images’ tab which shows how many times an image is referenced (IMG Inlinks).

This is a nice easy way to exclude logos or social media icons, which are often linked to sitewide for example. You can also right-click and ‘remove’ any images or URLs you don’t want to include obviously too! The ‘IMG Inlinks’ is also very useful when viewing images with missing alt text, as you may wish to ignore social profiles without them etc.

There’s now also plenty more options when generating an XML sitemap. You can choose whether to include ‘noindex’, canonicalised, paginated or PDFs in the sitemap for example. Plus you now also have greater control over the lastmod, priority and change frequency. 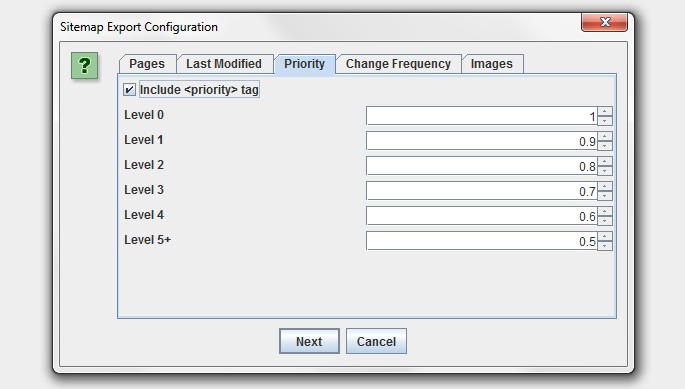 To help save time, you can now paste URLs directly into the SEO Spider in ‘list’ mode, or enter URLs manually (into a window) and upload a file like normal.

Hopefully these additional options will be useful and help save time, particularly when you don’t want to save a file first to upload.

We plan on making the exporting function entirely customisable, but for now bulk exporting has been improved so you can export all inlinks (or ‘source’ links) to the custom filter and directives, such as ‘noindex’ or ‘canonicalised’ pages if you wish to analyse crawl efficiency for example. 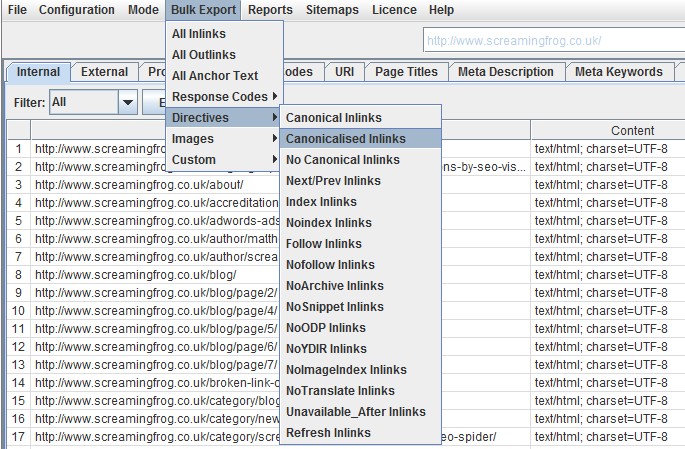 Thanks to the awesome Aleyda for this suggestion.

There’s a new ‘user interface’ configuration for Windows only, that allows users to enable ‘Windows look and feel’. This will then adhere to the scaling settings a user has, which can be useful for some newer systems with very high resolutions. 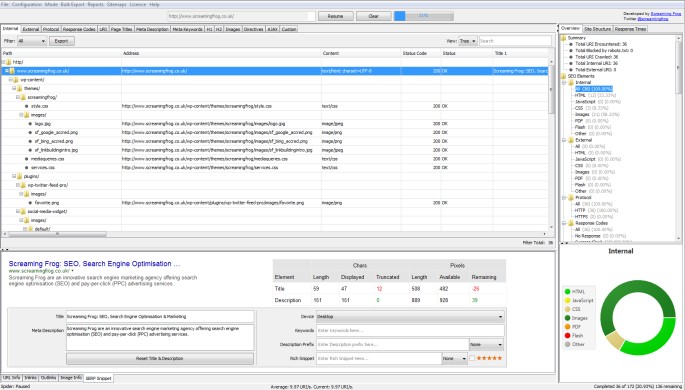 We have also performed other updates in the version 3.0 of the Screaming Frog SEO Spider, which include the following –

We have also fixed a number of reported bugs, which include –

Hopefully that covers everything! We hope the new features are helpful and we expect our next update to be significantly larger. If you have any problems with the latest release, do just pop through the details to support, and as always, we welcome any feedback or suggestions.

You can download the SEO Spider 3.0 now. Thanks to everyone for their awesome support.

We have just released another small update to version 3.1 of the Screaming Frog SEO Spider. There’s a couple of tweaks and some bug fixes from the update, which include –

We have just released another small update to version 3.2 of the Screaming Frog SEO Spider. Again, this is just a smaller update with feedback from users and includes –

We have just released another small update to version 3.3 of the Screaming Frog SEO Spider. Similar to the above, this is just a small release with a few updates, which include –

Thanks to everyone for all their comments on the latest version and feeback as always.