Brighton is a seaside town that I have always associated with Brighton Rock, both the confectionery and the Graham Greene novel whose title was inspired by the classic British sweet. However, from now on when I think of Brighton there will be a different association that is conjured up in my mind; SEO. The conference almost rivalled Greene’s novel for thrills, however there was no murder but generous mounds of sugary treats were supplied.

The conference was split into two days; the second day was free to attend and subsequently attendance numbers were far higher. We like freebies in the SEO industry; we don’t pay for links and if we can get anything else for free then we’ll lift our fingers away from the keyboard and grab it with both hands. However, the frogs were in Sussex for both days as we appreciate the value of a good conference, so we can provide you with our highlights from the full 48 hours.

The Valuation of a Link

Google’s algorithm updates have transformed our industry, with SEO agencies hiring more creatives and adopting traditional marketing techniques. Tim Grice, who ran the workshop, explained that subsequently the manner in which he assesses the value of a link has also changed. He believes that placing too much importance on PageRank and Moz’s D.A. can be restrictive, leading to a one dimensional mind-set that hinders your strategy. When creating a link strategy he considers four main factors that a link offers to his client – traffic, influence, brand and conversion. Social engagement was also highlighted as a useful signal, he believes that a contemplation of these factors will result in the creation of sharable content, which will translate into a sustainable link building method that won’t be penalised in years to come.

In order to explain this, think of a guest post from two years ago on a site with PageRank 4. Even if there were no comments on the article and seemingly no one had read it, we would have still judged this is as a good link. Matt Cutts and his Webspam team have now rightly judged this as spammy content, that doesn’t offer anything other than SEO benefits. If we now instead create content that people enjoy and share freely, then it will never be judged as spam in the future.

‘About social engagement, to be honest a couple of years ago no one cared because the link would pass value anyway. It may sound bad but that’s the truth, however it’s definitely different now’ – Tim Grice

(Tim spoke later at the conference as well and you can find his slides on Engagement & Branding as Ranking Signals over here.)

Laura Crimmons, head of PR at BR3, was the second speaker and went into more depth about how they plan and conduct their outreach. One of the first topics she touched on was ‘social seeding’; this is the notion that if people view and share your content using social media, then journalists and influential bloggers will also encounter it. 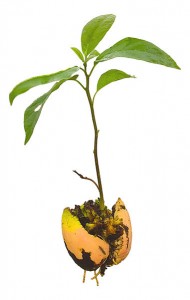 Laura explained that they created a game that was very humorous, but the subject matter was slightly controversial. They decided not to outreach with it and to test if ‘social seeding’ would work on its own. This was because they felt the content might tarnish their professional reputation. I can provide assurances that their tongue-in-cheek game was in no way graphic or distasteful, but I have chosen not to mention it by name out of professional decency.

In order to quench any curiosity and give a decent example, here is a link to Where’s Damascus? It’s a similar game that was created by UsVsThem, just as the developed world’s military forces fixed their crosshairs on Syria. Malcolm Coles talked about this game on the Thursday of the conference (see below). The game isn’t quite as controversial as Laura’s example, but it’s equally topical and humorous.

The game was a huge success, however obviously they had to initiate something in order to get people to view their content. Laura said that they utilised the two promoted post options listed below:

I would suggest to proceed with caution though when using Reddit as an advertising tool. The Reddit community is huge so there is massive potential, however it is also a savvy community who cherish Reddit and will defend it from those who they believe are wishing to devalue it. If they feel that your ad is eroding the quality of Reddit and doesn’t fit with its ethos, then you can expect a backlash. You have to offer something which has obvious value to the Reddit audience. This is why the controversial, but politically charged game worked so well on this platform.

Led by content strategist and former publisher, Tim Tucker (@ttucker23), the Content Marketing workshop at this year’s Brighton SEO was an insightful look into the world of content marketing.

The workshop addressed some of the challenges met by those creating content, such as identifying the audience, determining the purpose of content and the importance of creating a strategy.

1. Develop a content strategy
Clearly defining your content strategy is a great first step towards creating good content and will give your team a clearer idea of the direction you are taking. Searching for what conversations are taking place in forums or on social media sites regarding your product or brand will help to gain content ideas.

2. Create personas
Creating personas is a great way to identify your audience and will be beneficial when it comes to writing. Taking time to develop the idea of who your target audience is will give a clearer idea of who it is you are writing for.

3. Identify the purpose of your content and use a style guide
Tim argued there are four purposes to content: entertaining, educating, informing or status-defining. Determining which one of these your content aims to do is the first step when creating new content. From there writing content can be aided by the use of a style guide such as Yahoo’s or MailChimp

4. Create an Editorial Calendar
Being aware of upcoming events well ahead of time will enable you to think up interesting content ideas around it. As well as the big holidays, knowing about smaller events or annual festivities will open up a wider range of content possibilities.

5. Refresh evergreen content
Updating evergreen content by making timely modifications according to changes in statistics etc. is a great way to keep the piece relevant. Evergreen content is often found when searching for a particular subject so ensuring your work is up-to-date will help to keep up its visibility and maintain its usefulness.

The second day was made up of shorter presentations. I’ve therefore picked out some of the nuggets of information that resonated in my mind, as I spat the sand out of my fish ‘n chips and watched the sun set over Brighton pier.

As Stacey suggested sending hand written letters as part of her outreach, I could see a mix of intrigue and cynicism in the audience. However, when she revealed the response rates of an experiment that she had carried out, the doubters began to be convinced. Stacey was willing us to remove the shackles placed upon us by previous SEO techniques, as the industry becomes more creative, just as Tim Grice had done the day before.

Stacey showed us a wonderful example of an offline campaign they had carried out. One of her clients is a car parts trader; she approached Manchester Met University to create an art exhibition, but the exhibits all had to be constructed from car parts supplied by the client. The natural buzz around the event garnered a lot of press attention, which then translated into links.

I highly recommend reading Stacey’s slides, ‘The Habits That Land You Links’ over here.

Malcolm works for the Trinity Group, which means that he essentially works for The Mirror newspaper. His job role therefore lends itself extremely well to taking advantage of current news stories, such as the Damascus game previously mentioned. It is more of a challenge to create topical content when working with clients who specialise in certain business sectors or niches. However, it is not impossible and we have had great success with topical content at Screaming Frog.

It’s important to remember that your clients are passionate about their business and have expert knowledge. It’s great fun working on large topical content pieces, but not all clients have the budget for this so simply providing an expert quote can also prove to be a fruitful tactic.

‘Tell your designer what you want, as well as what you don’t want’ – Vicke Cheung

The overriding message from Vicke’s presentation was that collaboration between designers and other members of the team is vital. If the entire team share the same vision from the outset, then it will save having to rework the project at a later date – or even worse having to settle on a compromise. Vicke said that she sets up a Pinterest account for each client, so that the team can share inspiring content pieces they come across. Vicke also suggested collaborating using Real Time Board, which allows real time collaboration – fantastic if you’re working in a large office.

I’m personally a big believer that creativity cannot be forced and that ‘light bulb’ moments happen at random times of the day, and that these moments cannot be forced. I believe that sharing inspiration in this manner is a great collaborative exercise, as it allows ideas to develop naturally without omitting collaboration as part of the process.

I certainly learnt a lot from the conference, particularly as I’ve been in the industry for just short of five months. Learning about my peers working methods reinforced what I’ve learnt at Screaming Frog thus far, as well as opening my eyes to new approaches. I would like to thank the speakers and organisers of the event for what was truly an insightful couple of days.

What were your favourite moments of BrightonSEO?

Joe Trimby
Joe volunteered in Zimbabwe before working as a copywriter for an online retailer. A progression into SEO for Screaming Frog was a logical career choice. On the weekends Joe can be found listening to Radio 4, consuming ginger or bemoaning the over-commercialisation of football. He is, therefore, ripe for the retirement home but is still in his twenties (allegedly).